Language usage in the Norwegian civil service is regulated in two ways: Through the official prescription of spellings, inflected forms and other rules that apply to written material, and through the Act relating to Language Usage in the Civil Service, which regulates the relationship between the two official Norwegian languages, Bokmål and Nynorsk.[1]

At work, State civil servants are obligated to follow the officially prescribed norms in respect of the two Norwegian languages. In 1981 the Storting (Norway's national assembly) decided that the State should follow the so-called textbook standard. In principle, that decision entailed a curtailment of the freedom of choice previously enjoyed by State employees. It was no longer acceptable to use specific alternate expressions, i.e. the words and forms listed in square brackets in the dictionaries. Such expressions may only be used in written work produced by pupils and students, and by others.

With reference to language usage within the context of the EEA and the EU, it is important to note that Norway's language usage provisions do not apply to internal administrative work, nor do they regulate the use of spoken language.

According to the old Language Usage Act of 1930, the obligation to use both Bokmål and Nynorsk was limited to State employees born after 1 January 1905 who had achieved a certain level of education. According to the new Act, the obligation applies to all who have to write in connection with their work, regardless of age or education. This obligation rests with the individual employee, not with the office or State agency as such. However, this shall not be interpreted to mean that the head of a State agency does not have an obligation to ensure that the employees follow the language usage rules.

One fundamental feature of the Language Usage Act is that lower levels of government administration, i.e. municipalities and counties, may often make language usage decisions that have a binding effect on higher levels, i.e. on the State administration, as regards using a certain language form (Bokmål or Nynorsk). Correspondingly, the language preference of private individuals and other private legal persons determines the form of language a State agency shall use in correspondence with the person in question. Only where municipalities and counties have not expressed a preference for a particular language form, or where the language preference of private legal persons is unknown, is a State agency free to choose the form of language it will use.

§ 8 probably has the most far-reaching linguistic policy consequences of any section of the Act. It contains a wide assortment of provisions that cover practically all the written material produced and distributed by State agencies, except for correspondence addressed to individuals. Pursuant to the Act, this section covers "circulars, notices, information material, etc." It covers everything from stamps and bank notes to parliamentary documents and other State publications. In brief, the section covers all material written for the public that is not covered under the other rules.

Meanwhile, the section covers all State agencies at all levels, from the largest directorate to the smallest vicar's office. However, it does not apply the same rules to the different State agencies. Once again, it is the lowest level that generally determines the language form. Thus material with special ties to a municipality shall follow that municipality's language usage decision. This applies inter alia to announcements for job vacancies in the State. Where the catchment area of a State agency is larger than one municipality, but still limited, the majority language form for the area shall be used for such material as is covered under the section. In linguistically neutral areas, the material shall alternate between the language forms, ensuring a reasonable ratio between them.

In the same way, State agencies that service the entire country shall ensure that the material covered by the section varies between Bokmål and Nynorsk so that there is a reasonable quantitative distribution between them. For quite some time it was unclear what should be considered reasonable in this context, but since the Storting issued a statement on the question in 1988, the regulations now specify that a reasonable quantitative distribution is that neither language form shall, over time, be used less than 25 per cent of the time. This applies to every State agency independently, rather than to larger units of government administration collectively.

Should an individual agency find just cause for so doing, such material as is covered under § 8 may be distributed in both Bokmål and Nynorsk. As regards forms/questionnaires, the rule is that they shall always be available and accessible in both language forms. The most practical way to accomplish this is usually to produce bilingual forms.

In conclusion, it must be mentioned that the Act related to Language Usage has a special provision regarding appeals. Thus in addition to the ordinary right of appeal in cases of personal relevance, language organisations may appeal to a superior agency if they believe a State agency is contravening any of the rules in the Act or the regulations. This probably leads to more reporting of such breaches than what would otherwise have been the case. It also means that such cases are reported to the Ministry.

Otherwise, the most important provisions of the Language Usage Act may be summed up as follows:

[1]Translator's note: While Bokmål and Nynorsk are two distinct written languages, they are similar in many respects, and may be viewed as two discrete variants of Norwegian.

By the Norwegian Language Council (1994) 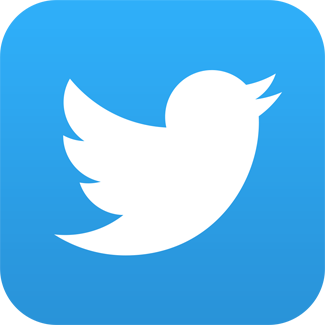